One of the World’s Great Vineyard Sites

Defined by the cool-climate, coastal terroir of the Santa Maria Valley, the world-renowned Bien Nacido Vineyard was first planted in 1973 by Bob and Steve Miller. Located on a Spanish land grant that was established in 1837, and still featuring the original adobe dating to the 1850s, Bien Nacido Vineyard has established itself as a defining vineyard of the Central Coast, an icon of California, and one of the world’s great vineyard sites. Meaning “well born” in Spanish, Bien Nacido was named for the passion and commitment that the Miller Brothers shared for bringing the vineyard to life – something they have achieved every single year since purchasing the now famed site. 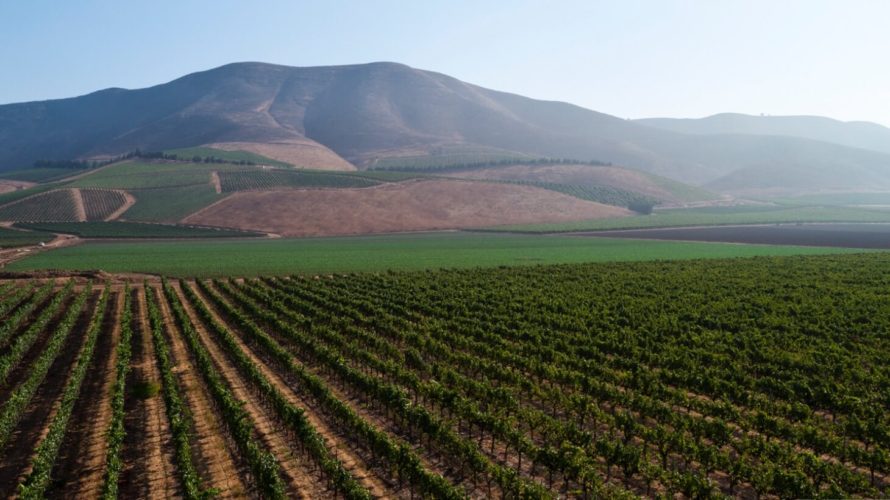 Bien Nacido Vineyard’s iconic status is no more evident than in their long line of prestigious designations and awards, including being named as one of “The 10 Vineyards Behind the World’s Most Famous Wines” by Wine Enthusiast and among the “Top 25 Vineyards in the World” as named by Wine & Spirits, in addition to numerous other accolades by renowned critics and publications.

With optik, Bien Nacido Vineyard has once again been reinterpreted, this time through the lens of one of California’s most esteemed winemakers. From the grapes of this famed site will come new, next-gen wines that will continue to build upon this vineyard’s celebrated  legacy.

Tucked along the mountainside on a steep slope, block 11d1 experiences slightly warmer temperatures than other blocks in the vineyard and is made almost entirely of sandy loam and chunks of shale. This dynamic block is planted with Syrah Clone 1 & 2 grapes.

Block 49a is planted exclusively with Syrah Clone 470, a grape regarded as one of the best cool-climate Syrah clones. This block is situated on a steep slope and made of thin, gravely shale and limestone.

Planted in 2006, Block 42a consists of Pinot Noir Clones 115 and 8, with vines growing 3 feet apart from one another. Consisting of shale and gravelly loam, this block is located on one of the slopes of Bien Nacido Vineyard.

Located on the same slope as Block 42a with shale and gravelly loam, Block 42b was planted in 2006 with the Pinot Noir Mt. Eden Clone.

Located on the western facing slope of Bien Nacido Vineyard, Block 11d3 is a newer planting of Chardonnay Clone 76, planted in gravelly loam and clay subsoil.

Located on the bench in shale and gravelly loam, Block I-1 contains the original 1973 plantings of Chardonnay Clone 4 at Bien Nacido Vineyard.

Top 24 Vineyards in the World

You must be at least 21 years of age to enter this site.